Consequences of Brexit on health authorities and patients

It will cause problems we haven’t seen coming in the first place and I’m not only talking about the 40% raise in the price of cheddar, but also about the consequences on health authorities and patients. 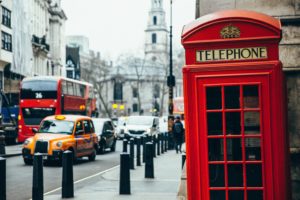 Photo by Brodie Vissers from Burst

Relocation of the EMA from London to Amsterdam

“On 20 November 2017 the decision was taken that the European Medicines Agency (EMA) would relocate to Amsterdam in 2019. EMA is leaving London because of the UK’s decision to leave the European Union (Brexit).” [1]

The EU drugs watchdog is even encouraging staff to move to Amsterdam by offering them free trips to the Venice of the North and free Dutch language lessons:

“Sixty staff have already moved to the Netherlands. The Spark building in Amsterdam will house the EMA from January until its permanent home, the newly named EMA Building, is ready in November.

These are primarily employees with children who wanted to move early for the start of a new school year”[2], Noël Wathion, the EMA’s Brexit lead, said.

“All drugs sold in Europe have to go through a lengthy EMA authorisation process before use by health services, and the Medicines & Healthcare products Regulatory Agency (MHRA) in Britain has built up a leading role in this work, with 20-30% of all assessments in the EU.

The EMA said that because of the long lead-time involved in assessing medicines it could no longer award the lead contracts to British people since there was no guarantee they would be part of the EU after March 2019.”[3]

Jean Lambert, a Green Party member of the European Parliament for London warns:

“In the case of a ‘no deal’ scenario, or if we fail to reach an adequate deal, it’s very possible that patients will experience delays in receiving certain medicines and technologies. Some of these drugs and devices may even become unavailable.

There are also implications for the health workforce. Latest figures show that 56 out every 1,000 people working in the NHS come from the EU27, with a particular concentration in London. We are now seeing an increase in nurses from the EU27 leaving the NHS and a slow-down in recruitment from those countries. There are also an estimated 90,000 people from the rest of the EU working in social care in the UK: it is not clear how many will stay here.” [4]

“Dr Ian Hudson, Chief Executive of the Medicines and Healthcare products Regulatory Agency (MHRA), has announced he is to leave his role in September 2019.

Dr Hudson has been at the MHRA for 17 years, serving as CEO for the last five years. He was promoted from his role as MHRA’s Licensing Director in 2013, where he was responsible for the majority of medicines licensing activities.

Recruitment for his successor will begin early in 2019, so that an orderly handover can be arranged once an appointment has been made.”[5]

“The FDA is an American government agency which controls the safety of food and medicines. It currently has two offices in Europe – one in Brussels and one in London. The EMA will move to the Dutch capital next year, once Britain starts the withdrawal process from the European Union. The FDA is not the first company to follow EMA to Amsterdam. Pharmaceuticals firm Novartis said earlier this year it is moving its Dutch offices from Arnhem to Amsterdam in 2019.”[6]

You liked this article? You want to be notified when new articles come up? Subscribe to MedPharmaTranslator’s newsletter to get advice on on easy ways to find a good translator, upcoming medical events and medical translation tips.

We use cookies to ensure that we give you the best experience on our website. If you continue to use this site we will assume that you are happy with it.OkPrivacy policy